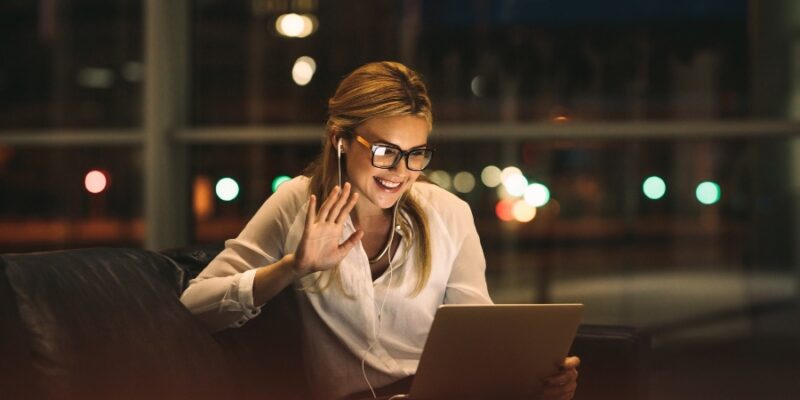 Ever since the first iPhone came out, FaceTiming your friends and family has always been a great way to spend your day. It started as just a simple way to video call, but now it’s used even for digitally hanging out for hours. And it’s no longer limited to Apple devices either, as there is a web client that lets you join FaceTime calls on non-Apple platforms.

Though FaceTime does let you listen to songs together and even watch shows on AppleTV – there is no implemented way to play games together. Which is a requested yet noticeably missing feature as many of us love playing games with our loved ones.

Fortunately, you can take the matters in your hands by playing simple yet engaging games on FaceTime to make your calls more than fun ever. Some of them require using your phone, and others can even be played without any technology at all – aside from the call that is.

So, let’s take a look at our recommended games to play on FaceTime for fun!

The Best Games to Play on FaceTime

With these factors in mind, these are our recommendations.

Despite how many games exist in the world, Truth or Dare is still hard to surpass. It’s a game especially fun for friends and partners, since you can get them to say things, they normally wouldn’t tell you. There is an unspoken obligation in this game that makes you spill the beans even if you regret it later.

On top of that, the dares allow you to be very creative. From making someone confess to their crush, to making someone tell their roommate they were the ones who forgot to flush. There is a lot you can make someone do in good fun, which adds excitement to the game.

Playing Truth or Dare is very simple. You ask someone to pick either of the two, and then they have to commit to whatever you ask them to do. When their turn is over, they will do the same to you. It’s easily one of the best games to play FaceTime since it does not require anything extra!

You can never go wrong with a game of Pictionary. It’s certainly more engaging than several other games to play on Facetime. All you need is a piece of paper with something to draw on. Which can be a pencil, a marker, or even a pen because you don’t need actual drawing skills.

The goal is simple: you need to pick a random word. Then, you have to draw hints in your style with a timer of 30 to 60 seconds. And the other person has to guess what you’re drawing.

You can set different scores based on the time, such as 20, 40, and 60. And the person to guess the fastest will be the winner in the end. One thing that sets Pictionary apart from other games is that it’s cooperative.

Both players try to help each other guess quickly since it gives them points. Unlike other games where you are overly competitive. Just keep in mind that your goal is to make the other person understand what you’re drawing. So, don’t try to cheat with ambiguous shapes.

This game is for people with a little bit of a cheery side as they’d constantly need to hum music. But the goal is very simple, which the name perfectly implies. You have to hum a certain song, whether it’s background music of it or the vocals. And the other person has to guess what the song is. This can go on until they either manage to guess the song or they give up.

As usual, the person to guess the most songs is the winner. And you can have even more fun with this game if you can whistler instead of humming. If you have group calls often, this is one of the best games to play on Facetime – as long as you keep a good record of everyone’s points.

Hangman is an eternal classic that never gets old. All you need to do is to pick a word and draw dashes that represent each of the alphabets. The other person has to guess the alphabets of the word, and it’s up to you if you wish to give any hints.

For every alphabet that the opponent gets wrong, you will draw parts of the Hangman. For example, face, arms, leg, and eventually a noose on which the person is killed on. And don’t worry, a simple stick figure works too – you don’t need to draw a detailed human being.

Ever played a hidden-object video game, where you had to locate the presence and absence of items? “What’s Missing?” is like a simpler version of that concept, which you can play with people without any technology. The idea is very straightforward, though it arguably requires more effort than some of the other games to play on Facetime.

First of all, you need to setup 8 to 10 objects around your room. Then, set your camera up in a way that the other person is able to see everything clearly. After that, they have to close their eyes – without cheating, of course. And you have to cleverly hide objects that you think might be difficult for them to remember.

Once they open their eyes, they need to tell you what’s missing. Otherwise, they lose.

Read My Lips is one of the best games to play on Facetime due to its playful nature. And it’s a personal favorite of mine too since you can start it out of nowhere.

The first step is to mute yourself, and then you have to try to talk with your lips. The other person has to guess the right word and if they can’t, you have to keep trying. Fortunately, your lips are not the only thing you can use. Instead, you can start to create gestures with your hands and face too!

The game is not about winning or losing, it’s just a lot of fun for both players involved. It’s like talking, but funnier and more creative. And one thing that sets it apart from other games to play on Facetime is that it’s a perfect way to communicate if you have to be silent due to privacy or any other reason.

That’s it for our recommendations of the best games to play on Facetime! Whether you wish to use external things like paper or just use your words, these options have something for everyone.

And we hope that you found the games best suited to your interests too from this list, which we’re sure you will enjoy. While you’re still here, do make sure to check out some of our other guides too. 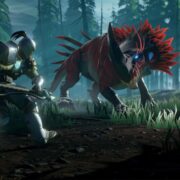 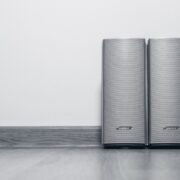