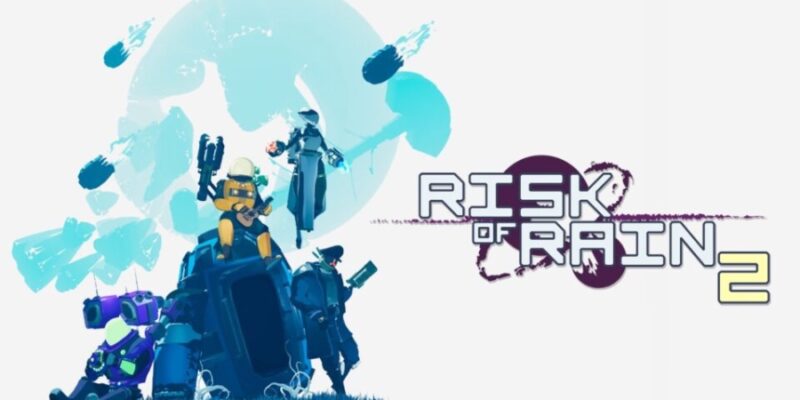 Risk of Rain 2 is an incredibly fun roguelike game that is loved not only by fans of the genre, but by the video game community as a whole. It features a lot of playable characters, and they all feel different to play – which adds a lot of variety. And it has unbelievable replay value due to how many different things you can encounter in your subsequent runs that you never saw before.

Though you can play the game solo, Risk of Rain 2 features co-op multiplayer which is one of the best things about the game. You can team up with up to 3 friends for a seamless co-op experience. And all of the characters completement each other in different ways, which is wildly entertaining.

As always, if a multiplatform game has good multiplayer – it leads to one big question. Is Risk of Rain 2 cross platform? Can you play it with your friends regardless of what machine you’re using?

It can be difficult to figure such a thing out without buying the game yourself. But don’t worry, we’re here to help. Let’s look at the official sources and answer whether Risk of Rain 2 has crossplay or not!

Before we get into the answer to the main question, let’s go over a quick explanation of what cross functions in gaming means. After all, not everyone is aware of all these technical terms.

Online gaming on computers has been prominent for a long time. But when it comes to consoles, it became properly mainstream many years later with the release of the PS3 and Xbox 360. But since they are separate brands, they did not allow gamers to play online with each other.

Fortunately, modern-day online games have started to implement cross-platform multiplayer. Which means that gamers can play online with their friends regardless of what platform everyone is on. For example, someone on a PlayStation 4 can play the same game with a friend who is using an Xbox One. The same goes for PC, Nintendo Switch, smartphones, and so on.

Risk of Rain 2 is available on the PC, PlayStation 4, Xbox One, and Nintendo Switch. That’s further expanded by the fact that it can be played on a PlayStation 5 and Xbox Series X/S too. That makes it a total of 6 different machines that can run the game. So, with crossplay, gamers can enjoy it with their friends no matter what device they’re using.

Thus, fans wish to know. Is Risk of Rain 2 cross platform? Now that our explanations are out of the way, we can finally answer this question.

Is Risk of Rain 2 Crossplay?

The answer to whether “is Risk of Rain 2 cross platform” or not is dependent on several factors. After all, the game is available on many platforms and it’s important to address all of them.

It’s undeniable that a game like Risk of Rain 2 can benefit immensely from crossplay capabilities. First of all, playing a game solo and playing it with friends feels like two different experiences. So, that means you get to experience it all over again in a new way.

Then, you can play it with either one friend, two, or three of them – which is great because you would not have to leave anyone out of your squad. The characters in the game have unique abilities, so you can help each other out in ways that you wouldn’t feel in single player as well.

Sure, you can just get the game on the same device and have fun with each other. But it’s not very likely for four friends to have the same console by chance. And then, at least one of you would have to buy a machine they don’t like. That’s why Risk of Rain 2 having cross-platform would be a great win for both gamers and the product alike.

Let’s take a look at our answers for each platform.

Is Risk of Rain 2 Cross Platform?

Risk of Rain 2 is the same game on every device, whether you play it on a PC or a console. The only differences that you’ll notice are in graphics, such as on the Nintendo Switch.

Unfortunately, Risk of Rain 2 does not have cross-platform multiplayer. If you play it on a PlayStation 4 for example, you cannot play with any friends that are on a PC or Xbox One.

So, players have no choice but to own Risk of Rain 2 on the same device if they wish to play with each other. If your friend has a PC, then you need to have the game on a PC too instead of a console. And the same goes for the consoles too.

It’s undoubtedly a big loss that the answer to “is Risk of Rain 2 cross platform” is a simple no. Because it’s a game that is very entertaining to play with your friends. And it’s not just a random feature – it’s designed beautifully around having multiple players in the same session. Such as in terms of difficulty and enemy/item placement.

The reason why Risk of Rain 2 is not crossplay is simple. The developers, Hopoo Games, are a small team. And this is not a AAA game either, so both resources and the budget are on an indie level. Thus, they do not have the time or resources that they need to implement cross-platform multiplayer in Risk of Rain 2.

Is Risk of Rain 2 Cross-Generation?

Even though the game does not have an official port on 9th generation of consoles, it still works on them thanks to backwards compatibility. So, you don’t have to worry about having a different console as long as it’s the same company.

Is Risk of Rain 2 Cross Platform on PS4?

Sadly, Risk of Rain 2 does not have crossplay on the PS4. And the same goes for the PS5 too, as you cannot play it with any other console platform.

If you want to play with your friends on a PS4, then make sure everyone has Risk of Rain 2 on either a PS4 or a PS5 for this to work.

Is Risk of Rain 2 Cross Platform on Xbox One?

No, Risk of Rain 2 does not have crossplay on the Xbox One. Likewise, playing the game on the Xbox Series X/S does not give you crossplay either with any other platform.

If you want to play with your friends on Xbox One, then make sure everyone has Risk of Rain 2 on either an Xbox One or an Xbox Series X/S.

Is Risk of Rain 2 Cross Platform on PC?

The answer to this question is a bit complicated. Risk of Rain 2 is not crossplay on the PC, same as every other platform. You cannot play with other people on a console if you’re playing Risk of Rain 2 on a PC. In order to play together, they will need to be on a PC too.

However, if you’re wondering about game clients, then the answer is different. Risk of Rain 2 has crossplay between Steam and the Epic Games Store. So, if you own the game on one PC client and another friend has it on a different one – then you can play with each other without any hassles.

Is Risk of Rain 2 Cross Platform on Nintendo Switch?

Risk of Rain 2 does not feature crossplay on the Nintendo Switch. This is similar to every other version of the game, as none of them can be played with other platforms.

However, while the PS4 and Xbox One versions of the game feature cross-generation multiplayer – Nintendo Switch has no such thing. So, you can only play Risk of Rain 2 on a Nintendo Switch with other people who have the console. And no other Nintendo console would suffice either.

Is Risk of Rain 2 Cross Platform on Google Stadia?

This comes as a surprise because Google Stadia runs PC games and then streams them onto its own device for the player. Yet despite this, the PC and Stadia versions of Risk of Rain 2 do not feature crossplay multiplayer.

Is Risk of Rain 2 Multiplayer Dead?

Risk of Rain 2 has co-op multiplayer, but it’s not the type of game that is considered an online experience. You can enjoy it alone, and only 4 players can experience it together. So, it’s not like 4 people have to fight each other in a lobby that can otherwise hold dozens.

And don’t worry, there are enough random people for you to run into as well even if you don’t play with friends specifically. Thus, Risk of Rain 2 is far from a dead game. It’s very much alive despite the lack of crossplay features.

Will Risk of Rain 2 Get Crossplay?

As briefly explained above, Risk of Rain 2 lacks cross-platform multiplayer due to a lack of resources and budget. Though some indie games added crossplay at a later time – this does not seem to be the plan for Risk of Rain 2.

At every point, the developers have simply admitted that the game does not have this feature. And they have never implied that they will be adding it later either. Which means that players will forever be stuck on their respective platforms.

It’s most likely that Risk of Rain 3 will have crossplay implemented in it. Because even though Risk of Rain 2 has received many updates, it’s too late in development to add such a massive feature.

So, for now, “is Risk of Rain 2 cross platform” will always lead to a simple no.

What is the best way to play Risk of Rain 2?

Since the answer to “is Risk of Rain 2 cross platform” is no, you have to pick the right device for your experience. You’ll be buying the game 4 times on the same platform with your friends. So, it’s only natural to make sure that you get it on the best device possible.

In our experience, the PC version of the game is ideal thanks to a large player base, the best graphics, and great technical performance. After that, the PlayStation 4 version is what we recommend the most. Sure, the Xbox One has better framerate – but the PS4 version undoubtedly has more players if you will play with strangers.

Lastly, if you like to play games in bed but don’t have a laptop, we have the Nintendo Switch. It’s the weakest port out of all 4 versions of the game, but its mobility might be what you prefer most at the end of the day.

So, make sure to buy the right version based on your personal needs. And of course, make sure that your friends can buy that device too!

Is Risk of Rain 3 Cross Platform?

Risk of Rain 3 does not exist at the moment. In fact, it’s not even revealed as a future project. So, we have no idea if it will have crossplay or not.

However, thanks to the success of Risk of Rain 2, you can expect the third game to have a higher budget. And since it will come out at a time when cross-platform multiplayer is so common – we can safely expect the feature to be implemented. 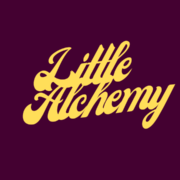 How To Make Metal In Little Alchemy And Other Elements 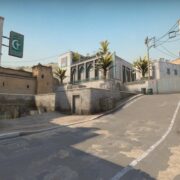 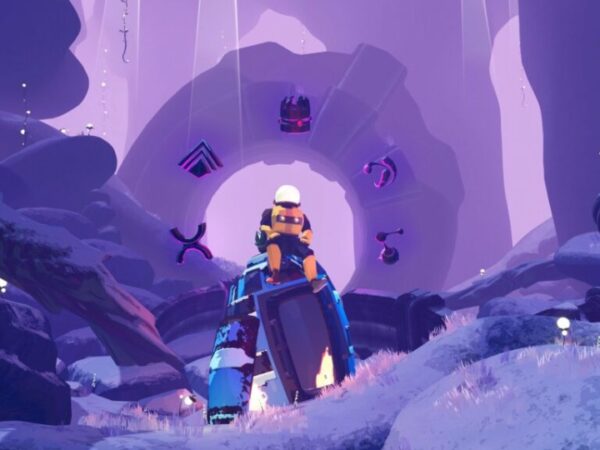 Risk of Rain 2 is one of the best roguelike video games. So, ... 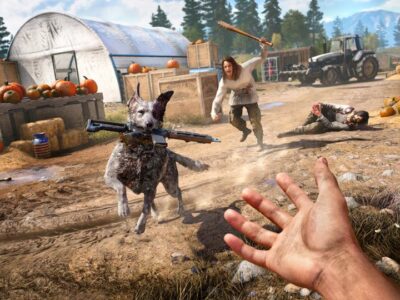 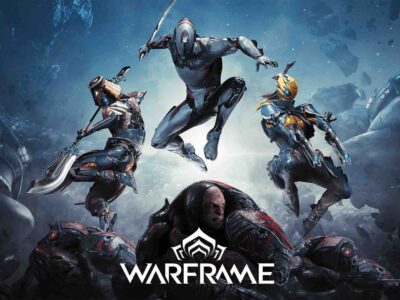 In the upcoming months, Warframe will finally introduce Warframe crossplay and cross-saving after ... 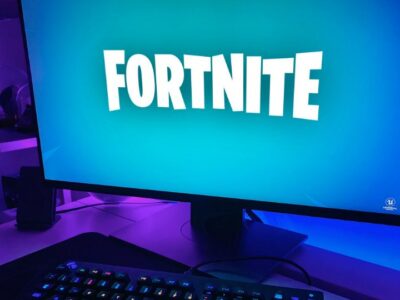 How To Get Free Fortnite Skins [Updated In 2022]

If you’ve been playing Fortnite for some time but don’t have a battle ...